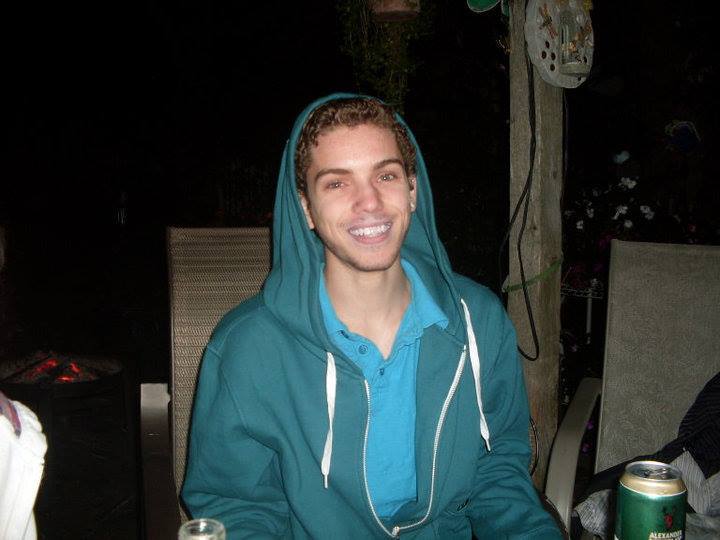 an instant veteran. Throughout my lifetime I’ve gone through many transitions involving this disease and

within the norm of personal experiences.

I was diagnosed with cf at three weeks old at a time when its research was in its infancy. A long journey lay

ahead to learn an aspect of life not many experience nor want to; a life with many medications, routines,

and an already shortened time limit, but within develops a tireless ambition to be successful. First, my

parents had to learn how to insert a feeding tube down my throat which continued until the age of five. This

would not gain any weight.

hockey, tennis, and taekwondo. I’m now in the process gaining a wish from the wish foundation which is

such a great opportunity for many children with life threatening diseases. I ventured a new route when I

graciously accepted the wish and chose to have a shopping spree instead of pre-approved choices. This

avenue allowed me to bring my friends on this trip instead of just family.

I’m now nineteen, Cystic Fibrosis has been wearing on me for the past few years and continually gains

momentum towards its end game. I’m working full-time at the call centre while waiting for September to turn

the corner to begin a new chapter in my life; college. Living on my own is quite enjoyable but keeping up

with daily tasks, studying, and transportation is clearly becoming more and more difficult; having to run to

catch the bus with what only feels like small boulders on my back was nothing short of sheer exhaustion.

I’ve come to the realization that what I once thought would never come to pass has finally reached maturity,

I once felt my age and now I feel 3 times that.  It’s an awful feeling to know that one’s disease is not visible

so people assume the coughing fit one is having is the result of my own self harm and not of heredity.

I’ve now been in university for five years, have still to finish my accounting degree all due to something that

is out of my hands; talk of transplant looms in the air. A double lung transplant is a procedure where they

remove my tainted lungs and replace them with healthy donor lungs. The surgery takes approx. 8-10 hours.

It’s three hours per lung and the rest is prep time. To sum up how it works basically they determine which

lung is doing most of the work and take that one last. They will deflate the lung running at a lower

percentage and push it towards the back. They cut three tubes and insert the new lung; they will repeat this

process with the other.

It’s now present day, I am currently on medical leave from my job and university. I plan to return to both

once this procedure is complete.

out of life than to allow something to dictate my dreams or my passions. I have lived past the life

norms and propelled the national average age for people with cf to above 18. Thanks to the generous

hearts of the people at the Kinsmen and their community, Cystic Fibrosis has a bleak future.

FLC - Heads up!!The D7 2021 Virtual FLC will take place on Microsoft Teams on Sat 23rd Oct. Credentials will start at 1 pm and call to order will be at 2pm.Governor Bill will be sending out the link to your DGs later today so be on the lookout for an email from him/her with the link and telephone number to join..Hope to see you all at FLC on Oct 23!! ... See MoreSee Less
View on Facebook
· Share

Fellow Kin, As the COVID-19 pandemic continues, the blood community applauds those individuals who have selflessly responded to the call for blood donations during this time. Since blood has a limited shelf life, the need for blood donors always exists. The need for blood donations from individual volunteers will remain throughout the pandemic to continually replenish the blood supply and ensure availability for patients in need.Whether you have given blood before or not, you can register with your Kin District ID # (KINC110265) to contribute to District 7 yearly pledge. CBS has made it easy for anyone to register. You can just click on the link below to register for your District. This will create a CBS account for you or link the ID to your existing account. You only need to register once and all your donation will be counted towards the District 7 pledge.All blood types are needed and everyone who is able to are encouraged to donate. Spread the word to family members, friends, or colleague to book an appointment and donate with you. This is a great no cost project and one that every club can participate in.Register Here: blood.ca/en/ways-donate/donate-partner/becoming-partner/team-member-registration Patrick R BowersKin Canada Atlantic D7District Service DirectorThe Best Way to Predict the Future is to Create It ... See MoreSee Less

It's National Fire Prevention Week from October 3-9, 2021, we are taking this as a jumping-off point and turning October into a safety challenge month!www.canada.ca/.../10/fire-prevention-week-2021.htmlWhether you live alone, with family, friends, have kids etc. everyone should know what to do to stay safe in case of emergency. Especially with Halloween coming up, it's always a good idea to review street safety and nighttime safety as well.If you need some teaching materials for yourself, your family, and/or friends, visit this link: www.mcscs.jus.gov.on.ca/.../FirePrev.../OFM_FPW.html.There are also some great social media shareables so you're able to share them and remind your community to stay safe as well!Safety ChallengeCheck out the materials linked here and tell at least one other person about them, whether it's your club, a friend, a family member, or someone else in your community.Let's support each other in this continued time of uncertainty. Post on Facebook showing us how you're doing your part and let your fellow Kin know how you're doing with the #safetychallenge See LessOnline ... See MoreSee Less